If One Is Good, More Is Great! Picture Books, Part Three

Readers love series. You do. I do. Once you fall head over heels for your favorite characters, you have to know what they’re up to now. Whether you like gritty crime novels or cozy village mysteries, there’s always another case to solve, although how Jessica Fletcher found so many murder victims in little Cabot Cove is disturbing. I think I’d move.

Children are no different. If you enjoyed giving a pig a pancake (Laura Numeroff), you’ll probably like to give a moose a muffin. If you needed to know how dinosaurs say goodnight (Jane Yolen), you’ll probably want to know how they get well soon. If the formula works well for your kids, keep the fun going. A series is a sure thing. 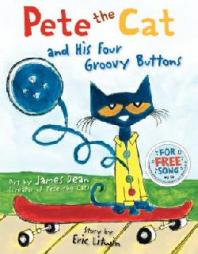 Once you find a hit, it’s such a relief to know that there are many happy bedtimes in your future! Fancy Nancy (Jane O’Connor), Curious George (H.A. Rey), Olivia (Ian Falconer) and Pete the Cat (Eric Litwin/ James Dean) are some of the best characters out there. Even Madeline (Bemelmans), Thomas the Tank Engine (Awdry), and Babar (de Brunhoff) were the stars of series in their day.

When I run a report of the 100 most popular picture books in our library system, I have to read past the 70th title before I find a non-series book. Isn’t that shocking? Pity the new author trying break into publishing these days! As a book selector, I am always on the lookout for original new work, and finding a gem is exciting. Of course, next year, that gem could turn out to have been the first of a series, too.

Not all series are intentional. Sometimes an author writes a new book that is just so popular that the readers want more, so first there is a sequel, and if that goes well, it could go on forever. As we all know, some series run out of gas and become formulaic. When publishers find a cash cow, though, they will keep on milking until it’s dry!

So, at what point does a series become a “commercial series”? Since all publishing is done for profit, I suppose they are all commercial in a sense, but you know that when you can purchase the video, the lunchbox, the action figures, and the t-shirt, you’ve got a commercial series on your hands. Television and merchandising for children are incredibly profitable, and the vast majority of publishers for children today are part of a large media conglomerate. 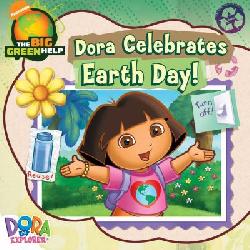 Many television characters become a brand, and they wrap themselves in wholesome flags of education so that, as a parent, you can be proud to purchase their products for your kids.When I was in Minneapolis a few years ago, we went the Mall of America and saw a three-story-tall balloon of Dora the Explorer—inside the mall!

You may remember from the first part of this article that the very earliest books for children, back in the late 1800s, were didactic little tomes written to admonish children to behave properly. Flash forward to today and look at the messages in many of the commercial series, whether television or books. “Save the planet” may be number one. How many times does your child have to be told to recycle? That’s so boring! Parents can model that behavior and kids can participate in family life and then go play. I completely reject the popular idea that children should educate their parents. Anyone who thinks that children are more virtuous than their parents has never seen a toddler playgroup when the mommies get lost in their conversations. Someone always ends up screaming, and the mommies go home and drink wine. And it doesn’t get any better as they get older, as anyone who has read Lord of the Flies can tell you. God gave humans long childhoods so that their parents would have time to civilize them. 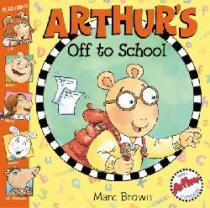 Probably the second most common theme is liking school and behaving well in class. “Back to school” stories are sure hits every year. Commercial series are very big on molding good citizens. We all want good citizens, but how about well-rounded, curious, thoughtful, creative, happy children? Perhaps there’s not much separating today’s commercial series from those dreary first books except the brightly colored pictures. Each child is a brand-new, original human being, not just another brick in the wall.

Should you avoid commercial series altogether? Absolutely not! Olivia is adorable, and her original books are brilliant. Just be aware that the new ones that have come out since the TV show are different, and you may want to pay attention. Dora and Diego are model little people, and a bit of that is a good thing. If your kids love Team Umizoomi, Daniel Tiger’s Neighborhood, Yo Gabba Gabba, or any one of a dozen more TV shows, and you worry that they’re not reading, if you can hook them into books with familiar characters, go for it. Your kids’ friends are going to talk about characters that they see on TV, and it’s fine for your kids to know them, too, so that they can chatter along.

I certainly read series books, and I’m sure you do, too, but you know how a steady diet of chick-lit or spy thrillers can make you sick after a while. We all need something more nourishing. C.S. Lewis said it best in The Voyage of the Dawn Treader when he revealed that Eustace was the way he was because he had read all the wrong books. When my son was a certain age, he wanted nothing but Hardy Boys mysteries. Now, we all want the lads to solve mysteries with their chums, but after months of them, his reading progress started to flatline. Time to find something new! Next time, we’ll look at some of the great new picture book titles coming out that will delight you and your children. Some of them are in series!

Disclaimer: This series of articles, as indeed all of my articles, are written entirely on my own and do not reflect the opinions of my employer or anyone else.

3 responses to “If One Is Good, More Is Great! Picture Books, Part Three”