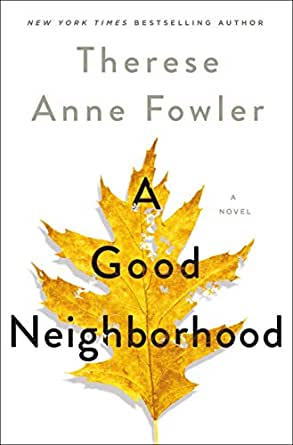 Valerie Anston-Holt is working in her beloved garden when she sees a new white family move into the subdivision behind her Raleigh home. It’s the recently gentrified neighborhood for people with new money who want to masquerade as people with old money. Brad Whitman is just the type: built his HVAC company from the ground up, and now he’s a media darling. He married his desperately grateful receptionist and became a stepfather to her little Juniper. Since then, they’ve had a child of their own, and Brad’s carefully curated image is complete.

Xavier is raking leaves for his mom when he sees Juniper sunbathing by the pool. Although the quiet musician is hesitant around girls, the two strike up a friendship that is well on its way to becoming something more. When Valerie sues Brad for cutting the roots of her ancient oak tree while installing his pool, she is unaware of her son’s delicate relationship, and when Brad finds out that Juniper is seeing a young black man, he reacts like a man whose property is threatened—and Brad is all about his property.

Although author Therese Anne Fowler receives national acclaim, she lives here in the Raleigh area, which is abuzz with speculation about the neighborhood that inspired her scandalous novel. No, we reason, those are McMansions, that one’s too settled, the other one’s filled with spec houses. It keeps us busy. In the meantime, while our streets are filled with protestors shouting about racism in our governmental systems, Fowler has written about the quiet bigotry, along with all the other slimy evil, that resides quietly in our hearts. Here is where the battle is pitched, in the shadows, where people who seem so nice are revealed to be self-seeking creatures armored with socially acceptable veneers.