Blue Sargent is struggling to deal with her life since her mother disappeared, while Raven Boy Richard Gansey III gets a visit from old Professor Malory, a friend from England who has come to assist him in his continued search for an ancient Welsh king believed to have been buried in the Virginia mountains. The quest for the king has to be connected to Blue’s mother, one of the supernaturally gifted women with whom Blue grew up.

This third book of the “Raven Cycle” slowly develops the relationships among all the characters as they move into their senior year of school and realize that their lives may diverge permanently in just a few months. Blue comes to realize whom she truly loves, and yet she remembers that if she kisses her one true love, he will die. Adam is now supernaturally bound to Cabeswater, the forest where the king is buried, and it is wearing him down and yet strengthening him inwardly so that he can finally face his father in court. Ronan Lynch, who was a lead character in The Dream Thieves, is still as angry as ever, but more able to deal with reality than before the self-revelations of that volume. And Noah is, well, becoming a little more dead all the time.

There are new characters, as well. Professor Malory is brilliant and disheveled, as all old professors should be, and Jesse Dittley, the mountain man, is hilarious, endearing, and surprisingly wise. Other new characters are quite wicked and nasty, and Ms. Stiefvater does not flinch in fully exposing evil in all its ugliness. She is somehow able to mix scenes of thoughtful introspection or meaningful conversations with breathless chase scenes, incredibly tense drama, and unexpected heartbreak. 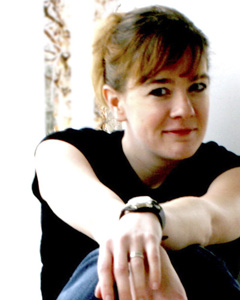 If you have not had the pleasure of reading “The Raven Cycle,” you should run out and get The Raven Boys and start there. Cautions are that it is very dark and deals with witchcraft and related topics, such as cursed tombs and fantastical creepiness. This is not to say that it is not also delightful and sometimes humorous, though. In one scene, one of Blue’s crazy aunts is being attacked, and her main concern is that she not spill the Manhattan that she just poured. My dad used to love Manhattans in the winter, so we have been drinking Manhattans in our house ever since I read this passage. Maggie Stiefvater is one of the finest young adult writers out there, and although I do not read many series all the way through, I got this one the day it came out and read it before all of the other forty books on my nighttable. She does not disappoint.