The Best of EatReadSleep, Part 2

I love nonfiction so much that I am going to divide it up into categories. I read widely across the Dewey Decimal System (a little library lingo) because I am omnicurious. If you don’t see your interests in general nonfiction, I have a couple of specialized categories coming up in this post and the next.

Click on the title links for the full review.

A few years ago, David and I looked around at our very white world and realized that we lived in a bubble. We started intentionally reading as many books as we could on race in America. I began with White Fragility, which was a complete mistake, since I found it elitist and ridiculous. It is one of the very few negative reviews I’ve ever written. However, things improved greatly after that, and many of these books have been influential in our lives. Some are aimed at the white evangelical church and its members. These are all adult nonfiction, but many fiction titles in the blog, especially children’s and young adults’ banned book reviews, are also anti-racist. 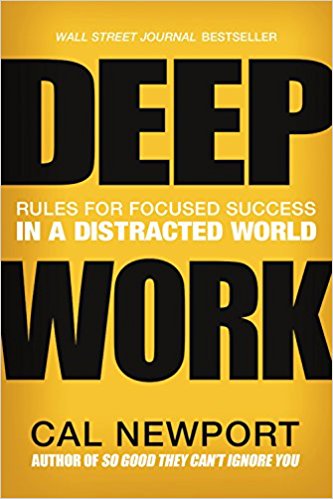 It’s hard to argue with the fact that we’re all more distracted than we’ve ever been in history. At the same time, manufacturing and other manual labor jobs are going away, and today’s worker is increasingly employed in some sort of “knowledge work.” One would assume that knowledge workers need quiet focus in order to fulfill their career missions, but the very companies that lead the field are those that promote wide open workspaces, supposedly to foster collaboration. Even in more traditional companies, an open room filled with cubicles is the norm, and employees are expected to stay connected to electronic forms of communication at all times, sometimes even at home. How can we perform deep work in this sort of environment?

Cal Newport has employed strategies in his own life that enable “deep work” in order to become one of the most productive professors at Georgetown University, publishing far more than most of his colleagues in spite of his young age. Beginning with his personal experimentation and expanding to his research on top producers in several fields, Newport has distilled his findings in this book, subtitled Rules for Focused Success in a Distracted World. He realistically offers a range of suggestions that can be implemented by people in various vocations and levels of authority. A CEO may be able to roll out a new initiative for his entire company, whereas a single employee who undertakes that same strategy on his own may find himself unemployed very quickly, so Newport is sensible about each plan’s feasibility.

One of his main points, approached from several angles, is to reduce the number of interruptions that occur in one’s day, particularly from electronic sources. On one end of the spectrum, he tells of the award-winning author, Neal Stephenson, who does not even have an email account. This is even more amazing when one considers that Stephenson is a science fiction writer. He refuses to create an obligation for himself to respond to people he does not know. This level of disconnectedness is impossible for most people, though. Rather, Newport suggests ways to limit our Pavlovian response to the “new email” signal, still responding, but remaining in control of our concentration on more important tasks. He presents questions to ask yourself about whether you should be using Twitter, routines to follow to start and end your work day, and architectural ideas for owners to build better work spaces for higher levels of production from their employees. All of his strategies can be tailored to suit a variety of vocations that would benefit from more focused time, from artists and writers to entrepreneurs and computer developers.

I first heard about this book while listening to a young pastor discuss his church growth strategy on a radio talk show. When I researched it, I discovered that it was on many lists of the Top Ten Nonfiction Books of 2017.

Newport believes that the future belongs to the most focused workers, and that they are rapidly becoming the privileged few. Deep Work will empower and encourage you to incorporate new practices in your life that will ensure that you are part of that small group.