The Fire Next Time, by James Baldwin 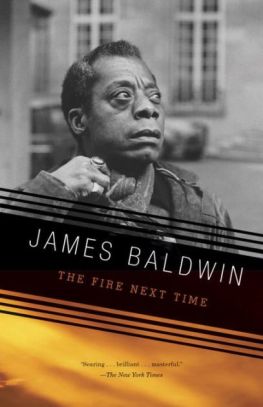 Many of the anti-racist reads on the bestseller lists these days are actually written by white people, but I think it is important to listen to black voices and to add perspective by reading works written in the past, such as during the civil rights era of the 1960s. One such voice is that of James Baldwin. The Fire Next Time is composed of two essays, one a letter to his nephew and the other a memoir of his early years.

Baldwin’s mother left his drug-addicted father before her baby was born in Harlem in 1924.  She married a preacher who was a great influence on young James, even though they had a troubled relationship. By the time he was 14 years old, little Jimmy was preaching up a storm, leading entire congregations in ecstatic experiences. He was a hustler, making tons of money from the poor. In his late teens, he turned his back on Christianity, saying that he knew too much about how faithful people are manipulated by powerful men.

He gained a reputation as a writer and a person of influence, so he was invited to the home of the famous Elijah Muhammed, a leader in the Nation of Islam. Black Muslims were rising in power at the time, thanks to Elijah, Malcolm X, and others. Although he was almost terrifyingly aware of the honor bestowed on him by this visit, surrounded by the men in Elijah Muhammed’s inner circle, as well as “the women,” Baldwin had to tell him that he was not interested in Islam. When asked what he was, then, if he was not a Christian or a Muslim, Baldwin replied that he was a writer.

And what a writer he was. Although he was openly critical of white people and candid about the oppression he had seen and experienced, he continually espoused love, not violence. After receiving abuse for both his race and his homosexuality, Baldwin emigrated to France and lived there for most of his adult life. Perhaps, like so many ex-pats in Paris, the distance allowed him to consider his own culture more accurately. He traveled extensively, speaking and writing continuously about the American struggle for civil rights. His words flowed in almost poetic prose as he labored to bring peace to so many warring factions, revealing sin and healing wounds with his powerful, emotional messages birthed from suffering.

The Fire Next Time is only one short work of many that Baldwin wrote during his lifetime, in addition to the collected works that other people, including Toni Morrison, gathered after his death. We’ve come a long way from the segregated nation of The Fire Next Time, so prophetic although written just two years before the end of Jim Crow laws, but Baldwin’s considerations dig deeper than current events, down to the darkness in the heart of all mankind, the greed and lust for power that allow us to treat other people as objects and tools for our selfish ambition. In this time of unrest, it is good to listen to lessons learned in the past. Our circumstances may have changed, but the human heart has not.

Disclaimer: I read a library electronic copy of this book. Opinions expressed are solely my own and may not reflect those of my employer or anyone else.

*Quote from “Mary Don’t You Weep,” a traditional hymn from which this book takes its name.