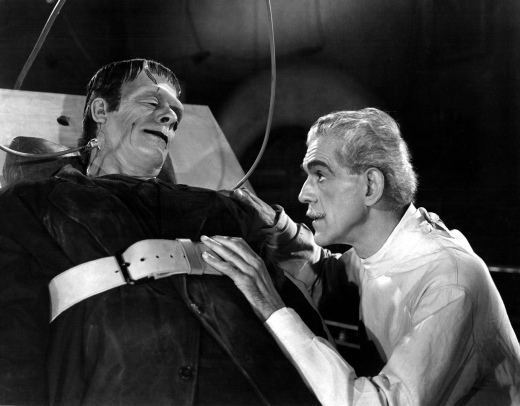 “I meant to make a Presbyterian last night,” Michael announced one Saturday morning, “but then I fell asleep and I forgot.” Since I have positive feelings towards Presbyterians in general and am extremely fond of several Presbyterians in particular, I was quite unsettled by this Frankensteinish statement. Michael saw my shocked face and gestured to the coffee table. “It’s a drink.” Aha! A “Presbyterian” is the name of a cocktail in a recent alcohol-soaked issue of Garden & Gun featuring a chilled silver cup of Mint Julep on the cover. According to G&G, Presbyterians are made of bourbon or rye with ginger ale. Sure they are. Other offerings include a Dark & Stormy, with dark rum, ginger, and other secret ingredients, and a Spicy Shrub Paloma, with tequila, lime, and expensive-sounding things. This one looks cool and refreshing, and is topped with a big bunch of sage. Check ‘em out here. No lightning bolts required. 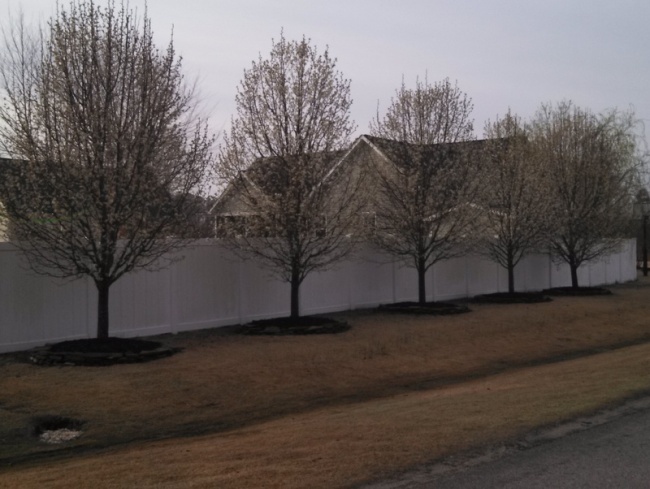 Will Spring Ever Get Here?

I don’t think I’ve seen this much snow in one winter since we lived in Kentucky. Every year, I say that I won’t be ready to dig a garden until we have at least one snowfall. Well, I have been so ready for so long! We’ve had several snowfalls or ice storms that were significant enough to keep us housebound for a couple of days, although we have been fortunate to avoid power outages, unlike some of our co-workers.

Now that it is officially, legally spring, the Bradford pears are desperately trying to bloom, but the gray skies and cool temperatures were making it tough. We finally had an almost sunny morning yesterday, so I stopped to take a picture of these Bradfords, standing all in a row, valiantly trying to push those blossoms out. Since it is forecast to be in the seventies this weekend, I was starting to feel hopeful about that gardening.

Then I got to work and someone said: “Did you hear that we’re supposed to have ice and snow again Monday night?” It makes me want to push the blossoms back in for another week.

You Promised: No Island

Yes, David and I are the last people on the planet to watch the series Lost. So many people talk about it without explanations that I started to feel as if I were missing a chunk of cultural literacy. Happily, it is available everywhere, so we ordered up the first season from Netflix, but before we started watching, I asked Michael, “This isn’t one of those shows where they land on a deserted island, and people get voted off the island each week, is it?” He replied, “You’re thinking of Survivor.” So I felt better.

First episode: A plane crashes on a deserted island. Hey, wait! Michael said, “Give it three episodes.” So we did, and we really like it. No one gets voted off the island, although a few people have died, and there are surprises all the time. Each episode highlights one character’s back story, so we’ve gotten completely tangled up in everyone’s lives. We’re at the end of season one, and we look forward to season two, right after…

House of Cards! Since everyone is talking about this now, I thought we’d get our cultural literacy in a few years earlier this time. Michael assures me that I will not like it, because it has too much profanity. He’s usually right about these things, but don’t tell him I said that. I’ll let you know. For those of you who, like me, wondered if it was only on Netflix streaming, I can tell you that season one is available on disc, too. Queue up, as they say in Britain.

Turns out that our new knowledge was gained not a moment too soon. Now that there is another jet—I mean, a real jet—that has gone missing in the Pacific, everybody is talking about Lost again! This time, I can just nod sagaciously and make cool remarks. Of course, it’s like being on the other side of the television show, as if we’re the people looking for Jack and Kate and the gang. Since I don’t know how the show ends, I won’t compare too closely, but I do hope we can find the real plane.

Even Boomers Are Geeks

My husband called me on my office phone this afternoon: “I’m in the Wal-Mart parking lot, and I can’t find an email or text with the grocery list on it.”

“I didn’t send you an email or text with the list.”

Silent confusion on the other end.

Remember notepaper tacked on to the fridge with magnets? Not any more.