What an Eventful Week!

We’ve been up to all kinds of things lately— good, bad, and terrifying—so I thought I’d do a bit of a roundup. 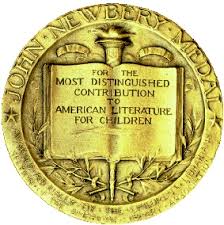 Monday was the ALA Youth Media Awards (Newbery, Caldecott, Printz, and so on), so my former colleague, Danielle, and her four-month-old, Harper, came to see me at work so that we could watch the webcast together. Since it was Harper’s first awards season, her tastes were not quite as refined as Danielle’s and mine, but we all cheered and booed appropriately nonetheless. Harper particularly enjoyed any opportunities to grin and show off her first two teeth. As far as the awards go, I think our Mock Newbery and Mock Printz clubs at the libraries did a better job. John Green was thoroughly dissed, and some of the choices were rather obscure, but we were generally happy.

Tuesday was a truly rugged dentist’s appointment. I was in the chair for three hours having a temporary, much-too-old crown removed and replaced with a lovely new one. At one point, I was shocked to find that the burning smell that was worrying me was coming from my mouth. My dentist looks like a movie star, and his assistant is a down-home girl. When I came in, she was already deep into a tractor show on the History Channel. In my three-hour stint, I learned how to pull a tractor, the history and workings of a Lamborghini, and that your father’s Woody Woodpecker toy is worth something at the Antiques Road Show. I also found out that there are people who are so deranged that they will allow themselves to be closed into a car that is then sealed into a plastic bag and pumped full of teargas. This is to find out whether the car is truly airtight. I guess if you die, your car wins.

David spent Tuesday repairing his brakes, which went out on his trip back from a home showing one hour away. He drove home the whole way without brakes. I knew that the Lord woke me up to pray for him for a reason the night before this trip. He is alive and well! And has brakes. And a contract on the house.

This morning, I went to my doctor, whom I love even though she gave me a flu shot. My cholesterol is 164! Bad cholesterol is way down, triglycerides at 94. We are happy. Still testing at-risk for diabetes, but not diabetic. She approves the low-carb diet and exercise, and believes that my diabetes is being reversed. This was a much better morning than yesterday. After my four adult nonfiction books, I went on to read a new children’s bio called Temple Grandin: How the Girl Who Loved Cows Embraced Autism and Changed the World, by Sy Montgomery. If you don’t know Temple Grandin, you should. She is an inspiration. She was born before anyone knew anything about autism, and her wealthy father was so distressed that his daughter was less than perfect that he wanted her to be committed to an institution. Her mother was extremely courageous and fought even her doctor by keeping Temple at home, hiring speech therapists and psychologists, and then getting her into a mainstream school. Today, Temple Grandin has a Ph.D. in animal behavior and has designed the more humane procedures now used in over 50% of meat-packing plants. She did this at a time when no one cared about animal cruelty, no one believed anything a woman had to say, and no one had ever dealt with an autistic adult before. The book is terrific for kids, especially kids with autism, and is a great introduction for adults. The HBO movie of her life, which she talks about in the book, starred Claire Danes and won a pile of awards.  That was my introduction to her life, and you would love it. Temple herself has had a great deal of participation in both of these projects and is very interested in helping everyone to understand autism and animal husbandry. She is the only person to have won awards from both PETA and the American Meat Institute.

David and I have now torn through seasons one and two of Parenthood, which my sister lent us on DVD. Season 3, disc 1 arrived from Netflix today. If you have not been watching Parenthood, allow me to introduce you to your new friends, the Braverman family: four grown siblings, two sisters and two brothers. They all have kids, and they and their parents all live near each other (which is convenient for filming). It all sounds just too twee, but it’s not. Some are control freaks, some are free spirits, two are married, two not. There are teenagers, so that’s another layer of stress and complications. Sometimes they all get along, but there are all sorts of plots and subplots to pull them apart and bring them back together. If you have siblings or parents or kids, you will see yourself in at least one or two of them. David and I find ourselves talking about them as if they were our crazy relatives and we can’t believe some of the choices they’ve made. Totally absorbing. It’s in its fourth season live right now.

One of the elements of Parenthood that I really appreciate is the fabulous music. Lucy Schwartz does the theme song, which I love and can sing to you by heart. Even more so, I have become a big fan of Ray LaMontagne, whose song “Let It Be Me” played during a particularly touching scene. I jumped up and found a website that lists every song on every episode, then went to Grooveshark and played this one in full. I was a sobbing fool. All of his songs are bluesy and mellow, so if I played him and Norah Jones back to back while driving, I would probably fall asleep at the wheel. However, if you like that sort of thing, give him a listen!

I guess that’s it! We’re trying to get our taxes filed tomorrow, since real estate is sorta slack in midwinter. So, back to the calculator for me!